It wouldn't be a proper trip to S. Korea without some patbingsoo (팥빙수)! Yes, even though it was winter when I was in Korea. 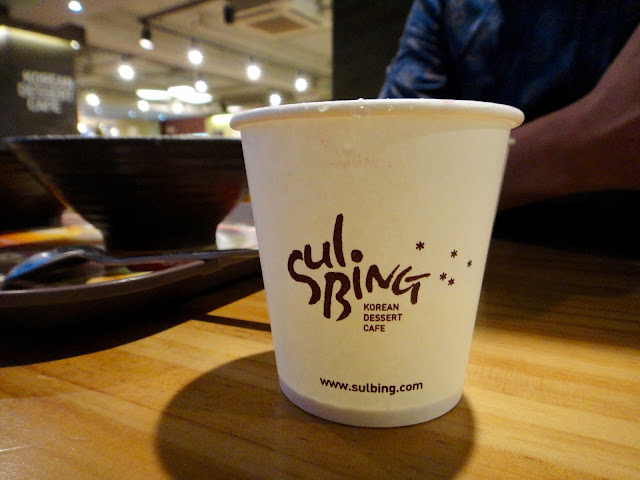 Thanks to some recommendations, my family and I popped by the popular SulBing (설빙). It wasn't too hard to find, since it's a massive franchise. In fact, the SulBing craze is international! It's not yet in Sg tho :(


Knowing that the portions can be pretty big, the fam and I ordered just two items to share among the four of us. Faced with a wide array of delicious flavours, it was a tough decision to make! We ended up going for just bingsoo.

My brother chose the cheesecake flavour and I got the mango flavour! Let's compare these two with the photos provided by Sulbing, just for fun. What they lack in descriptions of the items, they make up for in nutritional information, I guess. 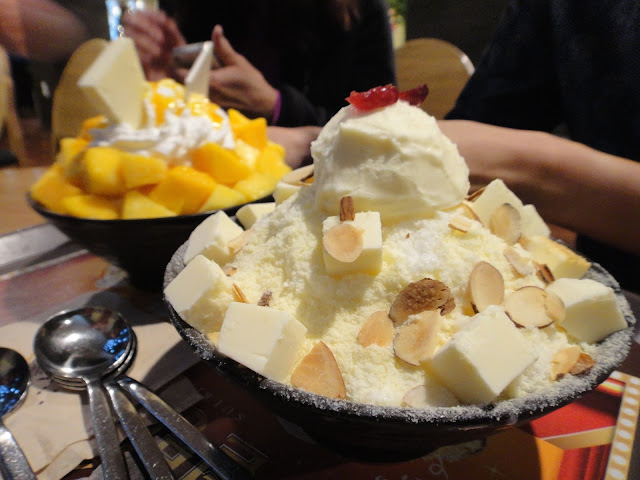 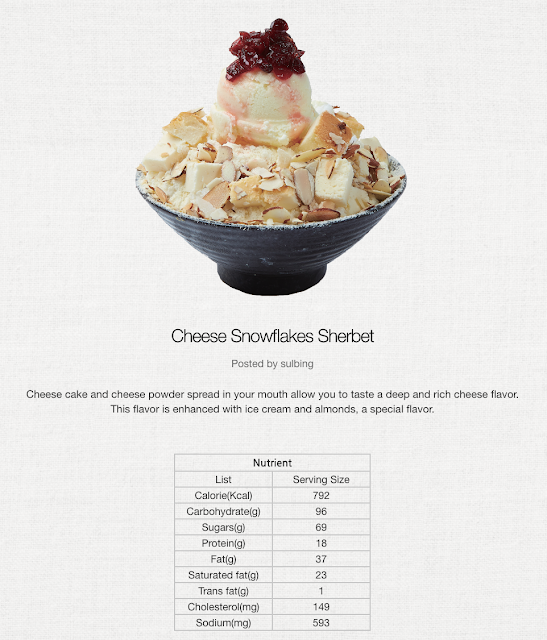 So first up, we have the Cheese Snowflakes Sherbet! I'd say it's a pretty close match between the SulBing official photo and what was served in the cafe, yeah? It was definitely lacking in the cranberries department, but I didn't care much for dried cranberries on my bingsoo.

Between these two flavours, the fam liked this one better for the more subtle flavour, and also for the juxtaposition of crumbly cheesecake squares with the crunchy almond flakes! NOMSSSS. I enjoyed the cheese powder sprinkled over the shaved ice. This keeps the cheesecake flavour light. Don't get me wrong though- this dish is far from bland. <3 That's something I don't really like about Ice Kachang- the syrups are too sweet, but without it, it's just plain ice! 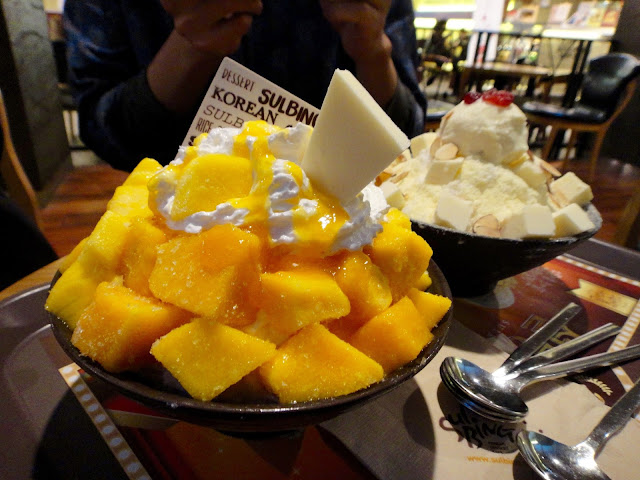 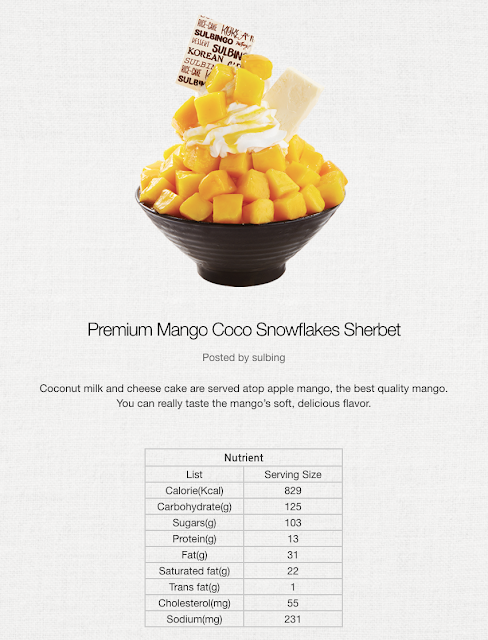 Next, we have the Premium Mango Coco Snowflakes Sherbet! It looks exactly as portrayed in the official SulBing photo to me. I let slide the fact that the dish irl was missing a bunch of mangoes on the top of it, for the obvious reason that it was impossible to keep mango squares perched at the top when serving the dish.

It would've been better if they had sweeter mangoes. I love mangoes, and I was so looking forward for a taste of some refreshingly sweet mango! Instead, I felt like my tastebuds had been assaulted by the damn sour, rock hard mango squares. Okay so maybe "rock hard" is overkill... but the mango was pretty solid, no joke. I don't remember much about this except for the frozen mango bits. Yeah, frozen. I was expecting preserved mangoes since it wasn't mango season, but not mango ice cubes. 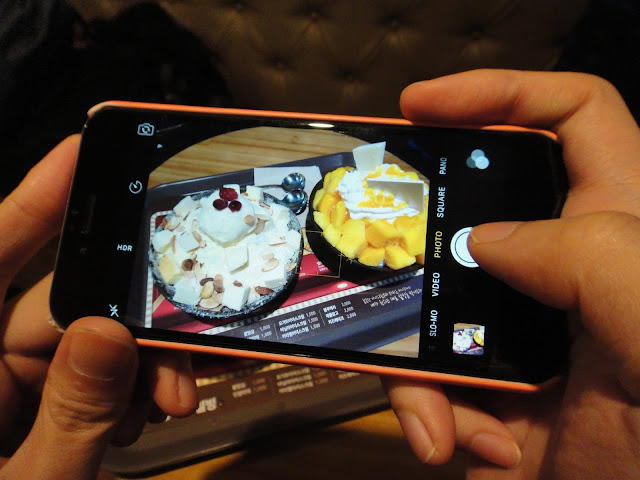 And of course, wherever I go, I've gotta have a photo of a photo! Hehehehe


If memory serves me right, most items are around 10,000 KRW, which is about 12 SGD. That's pretty much the average prices of bingsoo in Singapore... except these Sulbing ones taste 10x better! I might be biased though, so take my words with a pinch of salt. ;)


Btw, was anyone surprised by the caloric intake of the cheesecake and mango patbingsoo? I didn't think that the mango would have more calories!