So Xiuhua knows that Classy Geeks is actually something started up by my friend and I... teehee self advertise here.

I was trying a test photoshoot at home as my last photoshoot with my partner failed terribly. We have no poses, no lighting and no coordination in outfits or whatever. Didn't actually expect so much, we just thought we'd wear and set the timer on the camera.

These are some photos that I took and merged together in my first self-photoshoot attempt... I feel very dissatisfied though.


Ok so there are more but my partner and I feel that I look frumpy in those so I'm not going to post them up.

Looking at the photos, I felt I should've practiced more on controlling my facial expression instead of just poses and trying to get some light into the room... My best looks in photos are normally smiley, stupid shots, not look-pretty shots.

I shall try again after my orientation!

Update: No more Classy Geeks, so no more shoots! I'll just stick to my goofy face in pics! :D

All that trouble with SIM and my father still wanted me to go when the letter of offer came. And my friend said that her lecturer from poly claimed that Murdoch isn't really that good so I ought to attend University at Buffalo even if it is at SIM Global.

In the group chat with the orientation group that I'll be meeting tomorrow, I can already see problems as more than a handful said they haven't received the orientation package and/or the email with the student portal link, user ID and password.

After the orientation group leader went to the office to sort things out, they still haven't received any word from the school so we had to forward email and provide the information in the Whatsapp group for each other lol.

And look! On a happier note, my plushie thing from UCR finally arrived. I haven't seen this thing in three years as I had to leave it with my parents while I lived with my aunts. YAYYY!! 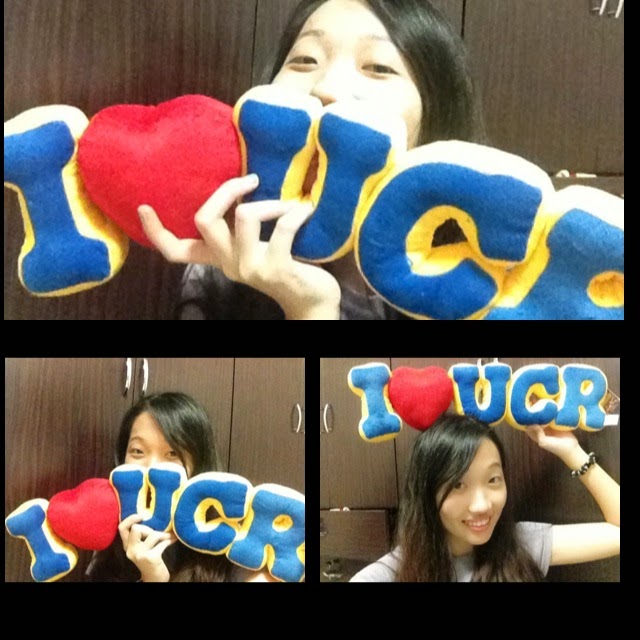