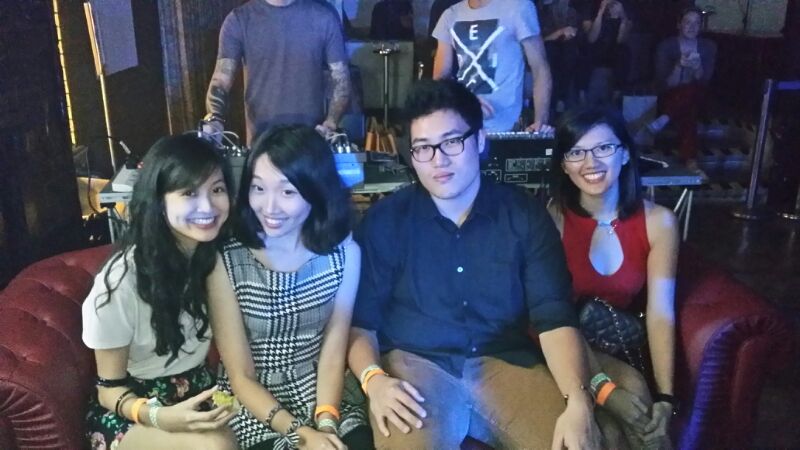 
Nah, it's just an event held at a club, which was booked for the event, so it wasn't in clubbing operation at the time of the event! If you caught that, yay! If not, let's move on. Teehee!

See, that would explain our non-clubbing outfits. Except for B on the rightmost. Hehe.

So 7 of us were there to support Q's event, and wow, 4 out of 7 of us at the table won! Imagine that! B won the first prize, which was like some insane amount of LoveBonito vouchers. She was wearing so much red, so we joked that it's red who helped her win. Auspicious colour and all that.

So the rest of us frantically applied lipstick. HAHA.

I ruined my lipstick by accidentally squishing the lipstick in the dark, but hey, I WON THE GRAND PRIZE!!! 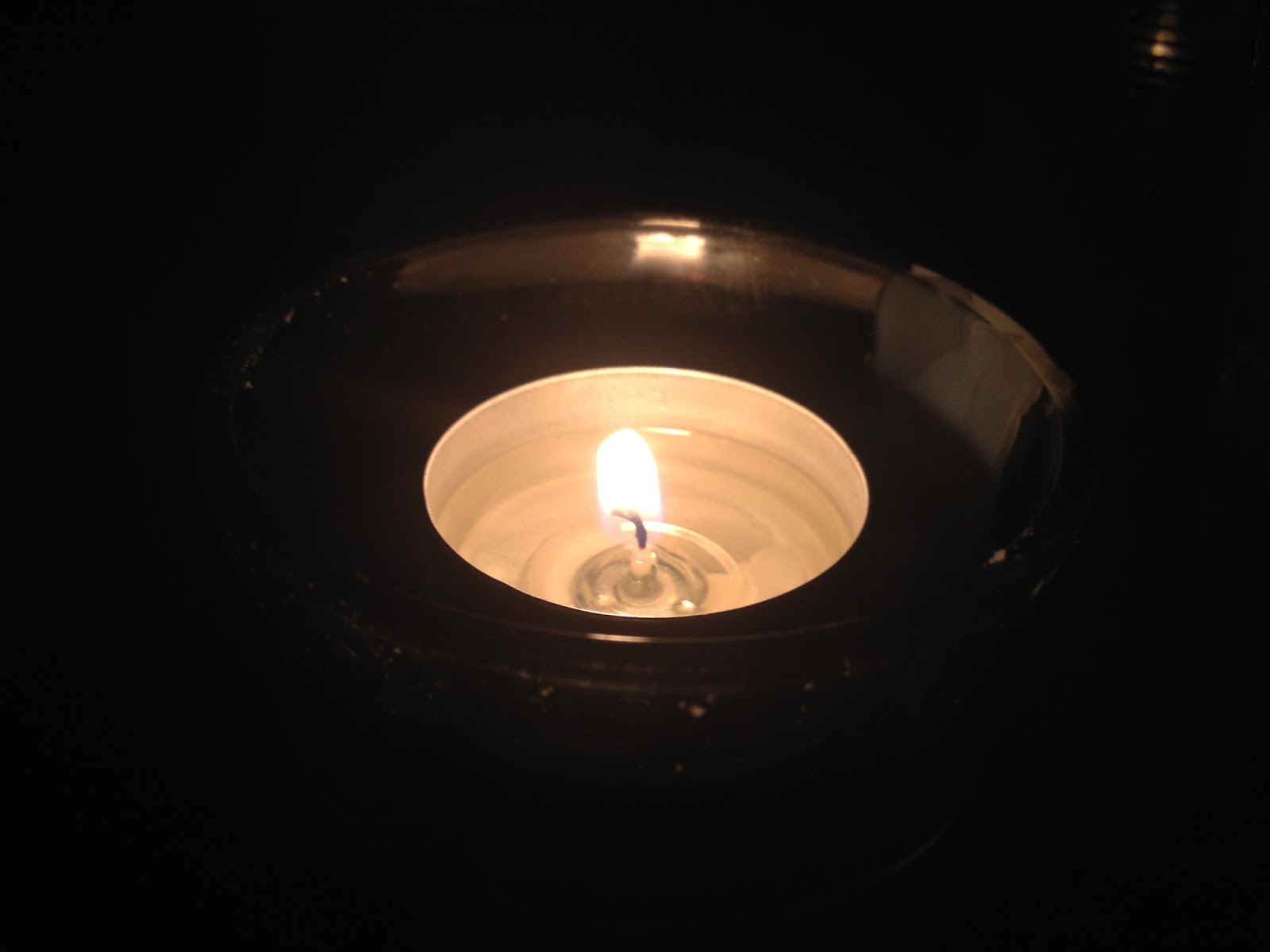 And so I used my iPhone4S to take a photo of our "lucky candle" at our desk. Lol.

Group shot! Two, because I'm almost hidden in one, and I feel fat in the other. So. Couldn't decide. 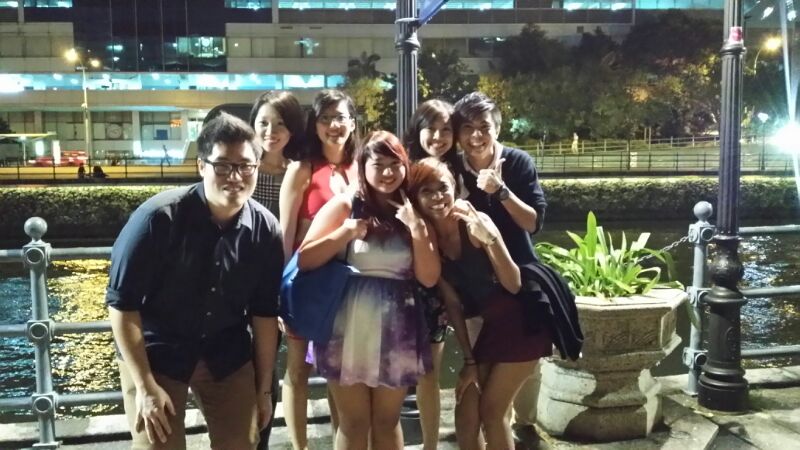 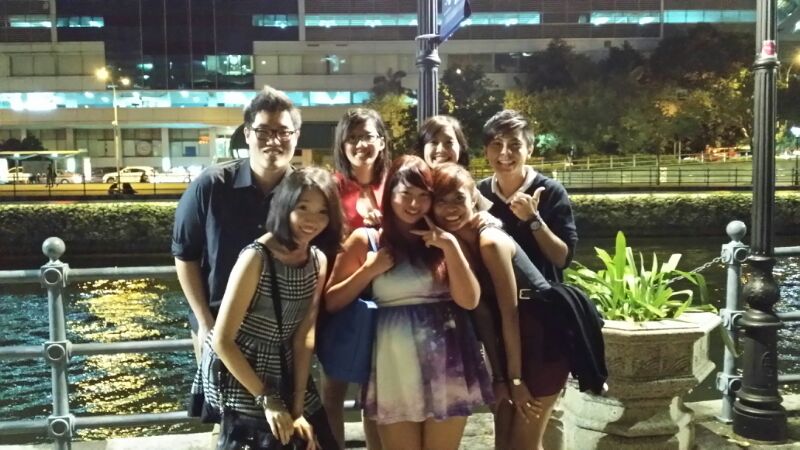 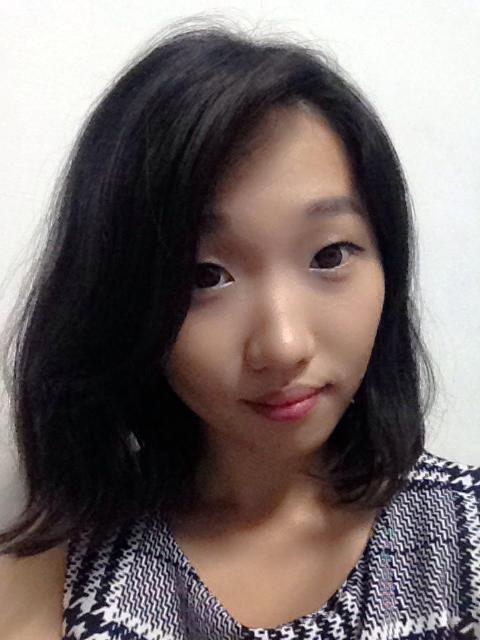 My look of the day! #LOOD- no wonder this hashtag isn't used.