Xiu and I were just talking the other day about a sensitive topic pertaining to weight.

I was wondering how could any healthy person allow themselves to become morbidly obese? My thoughts exclude
- those who are not exactly what society (and perhaps, myself included) sees as slim but who are physically fit and healthy, and also
- those who are sick and take pills that results in them gaining some weight as a side effect.

These people are "fat" because they have "no choice". I also understand that people can be slim or skinny and still be fat on the inside, and be unhealthy despite a slim exterior.

What I'm talking about are those who are healthy and just can't seem to get enough self-control to stop over-eating!

Surely most of these people know that being obese brings a lot of health problems and rack up a shitload of medical and grocery bills. Ok so let's say they're wealthy and don't care.

Then how could they possibly go on like this, knowing that they have friends and family worrying about their state of health? They could just suffer from any of the complications that come from obesity and pass away. While it seems that people can just drop dead nowadays or pass away in their sleep, it just baffles me why people shorten their lifespan simply because they want to keep on eating and eating.

Ok la, can say that they also don't care, or say that no one cares about them... but just my point of view. I don't get it.

I was also rather chubby a few years ago in my teenage years. I felt sluggish and always craved for more rubbish foods. It's addictive (legit science here, go look it up!^^) But I managed to overcome my food "addiction"  to slim down and become healthier.

There's just so many benefits to reducing the junk food in my life! I don't smell bad anymore (idk if it's just me or if it applies to everyone who eats a lot of junk food), I have more energy, I look better, and I can save money, blah blah blah.

I'm definitely not the healthiest person around, but I'm eating everything in moderation and having some cheat days when I just spam some Kit Kat or ice cream. My lack of exercise also means that I'm pretty unfit and it explains my flabs la... but I just don't see why so many people just can't seem to care enough about themselves to stop extremely bad eating habits. Remember, I'm talking about extremes here. Like, if you can't move a few steps without stopping to catch your breathe because of your weight problem.

The absolute worse is when people make up excuses. E.g. They're binging because they just had a bad breakup. But surely you don't need to keep on eating five times your body weight for the next 12 months?? Go out, and try to move on! You're not the only one who deals with such pains in life, and like others, you can move your ass on in life. I'm all for wallowing in misery, but not for a long time.

Self pity is necessary imo.
And then getting back up on my feet is another necessary step. IMO too.

It's essentially committing suicide to me. It's just a slower process than jumping off a skyscraper, since it's intentional. I mean, people don't unintentionally eat themselves to like 200kg. You'd notice when you look in the mirror, can't fit into your clothes (or have to buy size XXXL clothes), and all that!

I think I began thinking because video-surfing on Youtube has introduced me to shows that highlighted some cases of obesity around the world, with my most-watched show being: 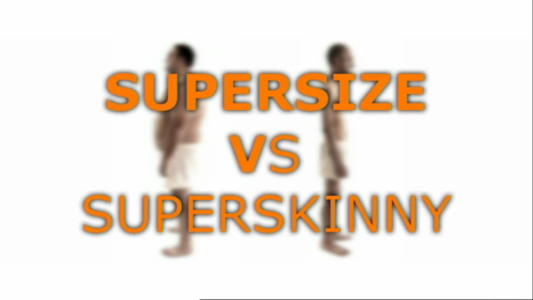 Haha the people on the show are just awesome, trying hard to change their bad eating habits for the better.

Xiu was much more understanding and empathetic. For example, my view is that if you take up two or more seats on public transportation, you shouldn't be sitting down on the bus or train during peak hours. Go get a cab if you want to sit, or just stand.

It sounds very mean (ok la it is very mean to say... this opinion of mine is seriously quite harsh...), but I feel that you're this size because you refuse to own up to the fact that you are eating way too much. Stand up and come to the realization that your life can be a lot easier without aching joints and all that if you cut down on your caloric intake. Again, this excludes those who "have no choice".

But Xiu, kind hearted soul, she said that it's super tiring to stand up if you're obese. There's a lot of weight on your legs, on your knees. Maybe you can't help it!

I agree with Xiu on that, but my view is still: Most people who are obese are obese not because they can't help it, but because they don't care enough to help themselves.

DISCLAIMER: I'm not targeting anyone, and I'm only talking about obese people who don't try to slim down for their own sake, and for the sake of those around them. And I don't hate fat people or anything. I'm just saying I don't understand why they don't change their terrible eating habits.
Labels: random musings