On my visit to the SEA Aquarium (check out Part 1 and Part 2!), I saw a signage that made me do a little bit of scientific digging. 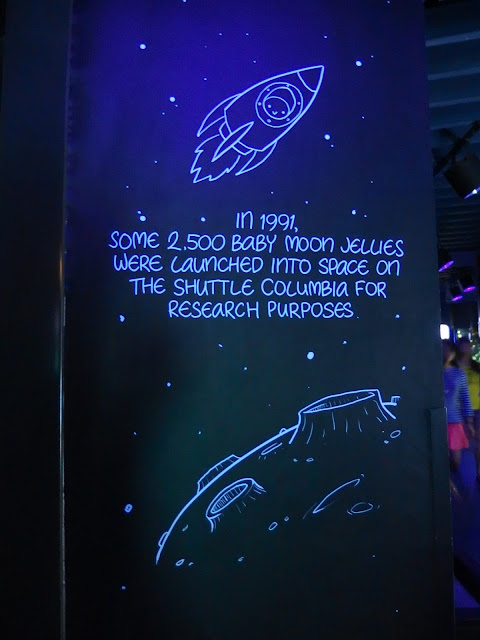 I checked out the article at The Atlantic, written in October 2013 and learned that basically, they were raising little jellyfish babies in space to see if these babies would develop the same "motor" skills as if they grew up on Earth. The key difference in these locations that's being studied is (micro)gravity.

Yeah so moral of the story? Don't raise your kids in space, or they'll be a little underdeveloped on their motor skills. Yes indeed, this study can be generalized to humans because, well, science. I shan't bore you but yay I learned this little bit in Psychology 101 LOL.

PS- Yes, I know, checking out just one source doesn't make for the most credible information, but I did reference to the eduational NASA website, NASA Quest, which you can check out if you wish to read from a credible source. They linked various journal articles whiched talked about the results. ^^