I totally forgot about my Korea trip until my aunt asked me to post pics on Facebook the other day. So... here we go!

On the second day, we got up late and wandered to Hyehwa for Kyochon Chicken (Daehangno Branch). It's near Sungkyunkwan University and is super amazing! We had the BEST chicken ever!!! You've got to visit Kyochon at least once if you're in Korea.

Since Kyochon Chicken is located on a street near the university, you can expect to see lots of young people there, and find affordable food as well as retail shops!

It's easy to miss out on Kyochon when you're walking down the street, as it's tucked away among the other shops, with no flashy lights or anything to help it stand out. I forgot what exit we took when we came out of Hyehwa station, but just look for Innisfree. Walk towards Innisfree and turn left, then follow the street. You'll find Kyochon near a curve in the street!

Anyway, have a look at what we ordered! It takes 15-20 minutes to prepare the food, but it's well worth it.

Don't expect them to serve lots of ban chan (side dishes) though. They only provided us with preserved cube radishes.

We tried these 3 flavours of the chicken... in fact, had them for supper almost every night. We still miss them when we think about Kyochon today. Surprisingly, there's a Kyochon in Malaysia and other parts of Southeast Asia- except Singapore. :( Darn it.

Next, we headed up to my brother's university, Sungkyunkwan University. It was in early winter, so the weather was cold, but still bearable. It was a good thing that the weather wasn't very cold yet, since none of us brought winter-appropriate clothing.

The heritage in Korea is so deep. That's partly what I love about it. For example, look at when the Sungkyunkwan University was founded- the year 1398! 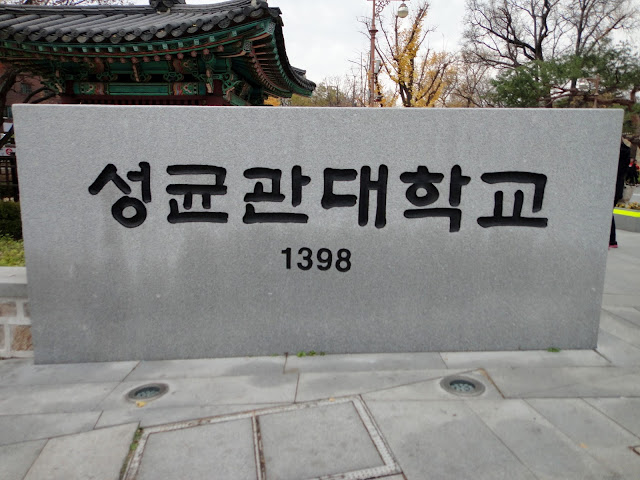 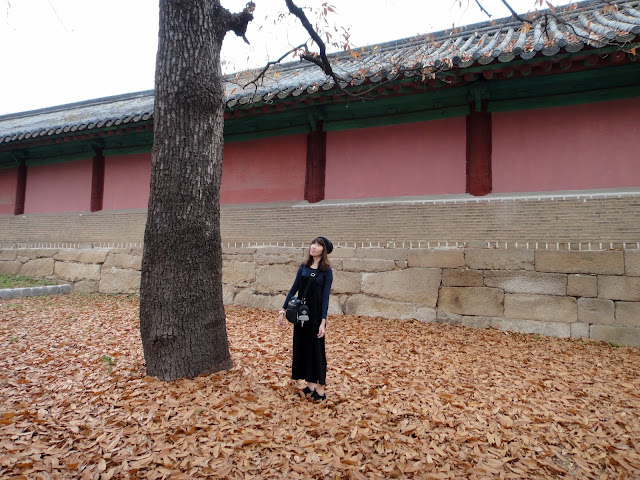 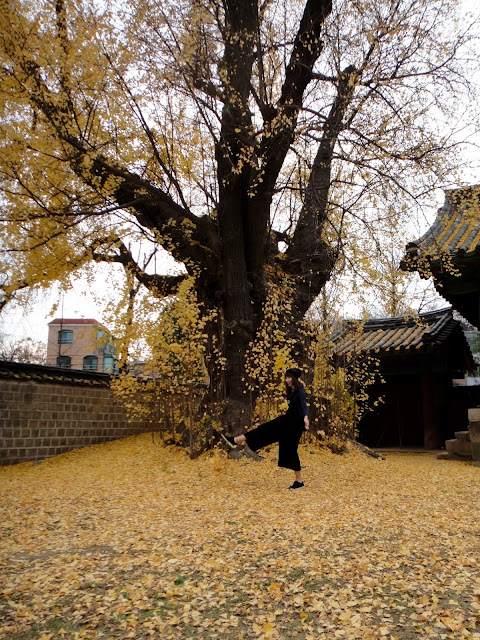 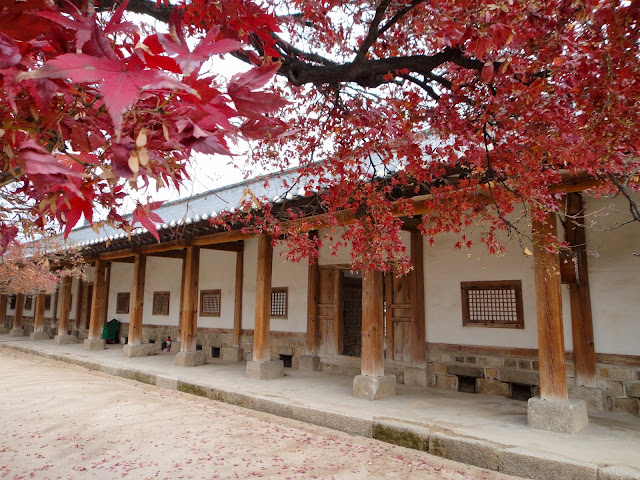 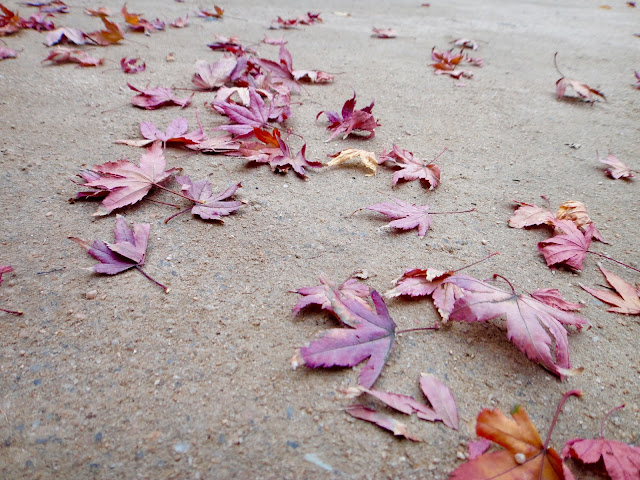 We went for a walk down the street after our visit to the university, and of course, we had to buy more street food to try!

Frankly speaking, the street food is my fav in Korea! They're good value for money and flavourful. Best of all, the hot ones give me such satisfaction when chowing down hot street street food in the chilly winds! The ones depicted in the photo below are dumplings and rice rolls (toppoki). 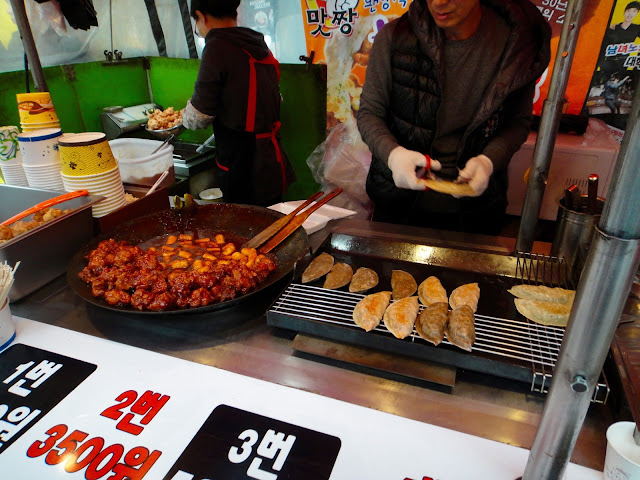 Next, we hunted down a Sheep cafe. Yep, you read that right. Sheep cafe. The one we visited was Nature Cafe, located just a few stops away from Hyehwa station, at Hongik University Subway Station.

I read that we were supposed to walk towards Hongik University’s main gate, but what we didn't know is that there were multiple gates. We walked for more than an hour to find it! It was exhausting and so very frustrating. I was elated to finally find the cafe, and what's more, it was almost empty. I love empty places. It's quieter and was just what we all needed to relax after quarrelling for the past hour.

It was maybe 5 or 6pm by the time we arrived, so I didn't order anything with caffeine. I had some amazing grapefruit tea (I think?) and the rest had lattes and cappuccino. Yum! 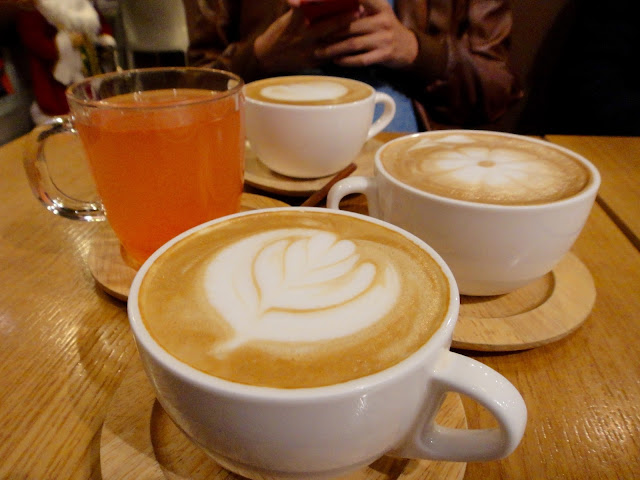 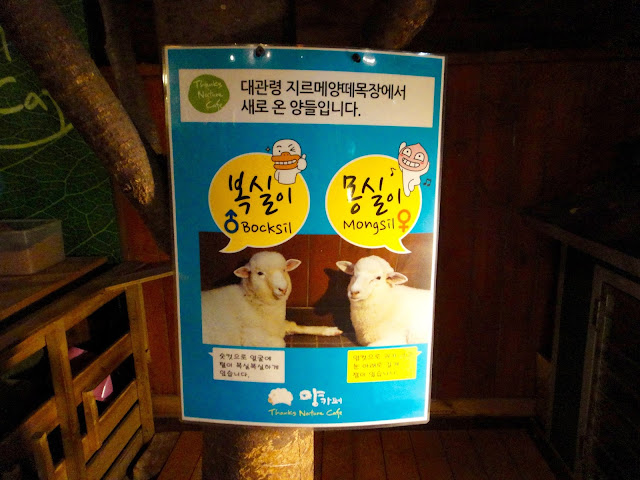 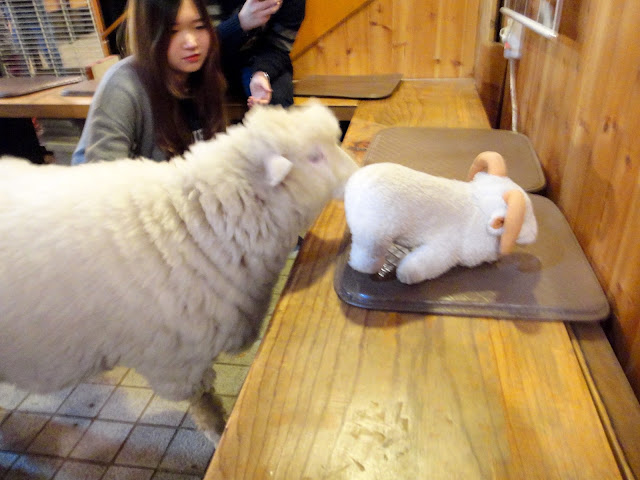 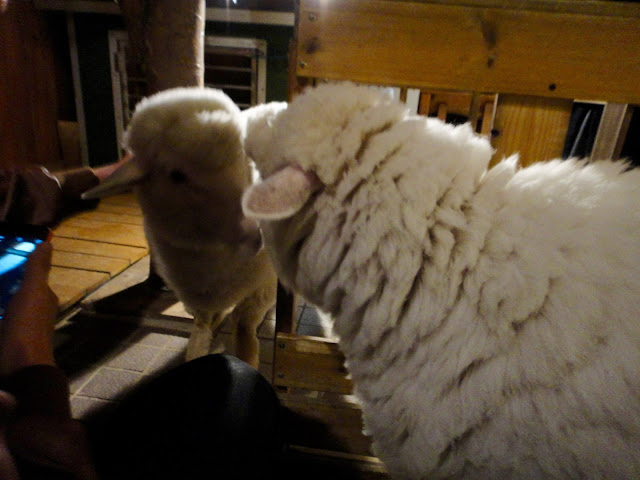 To end off our chill day, we travelled to Ehwa station to have dinner at Alchon. It was my brother's friend's recommendation, and turned out to be my brother's absolute favourite meal in Korea!

Since it had been raining for the whole day, we were glad to enter the warmth of the cosy Alchon diner, and order something more substantial to fill up our empty tummies. This place provided huge portions of hot food. So shiok! There's also a self-service station for side dishes such as thinly sliced radishes, kimchi and others. 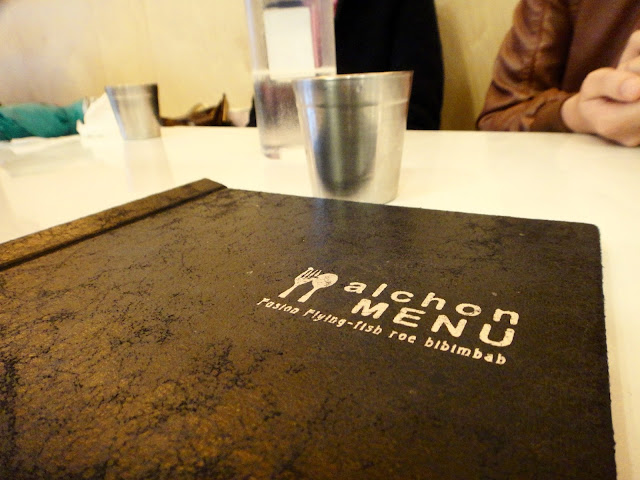 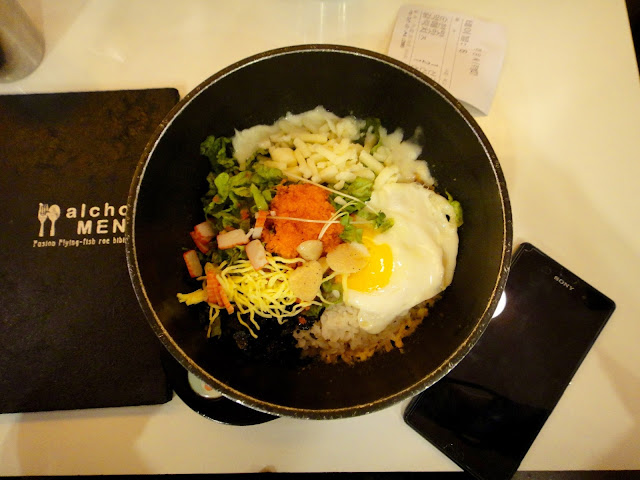 That's the end of my second (rainy) day in Seoul. Wish I could eat all those foods again!
Here are links to my posts about this trip to Korea so far!