My fourth day in South Korea started out on a bad note. I only had ONE thing I wanted to check out on this trip, and that's Leessang Gary's BBQ diner. Turns out, the diner had closed down. We tried looking for the second branch elsewhere, but we just couldn't find it, so I gave up on the idea.

I shouldn't have taken for granted that the diner would definitely still be in business and checked official pages instead of just blogs...

Kudos to my fam for being more "on" about searching for the diner than I was! We ended up searching for 2-3 hours, including running for the train and wild gesturing with locals who didn't speak English.

It's okay tho, because the first place we popped into for refuge from the bitter cold morning winds served up one of the most satisfying meals we had on this trip! Look at the feast we had! 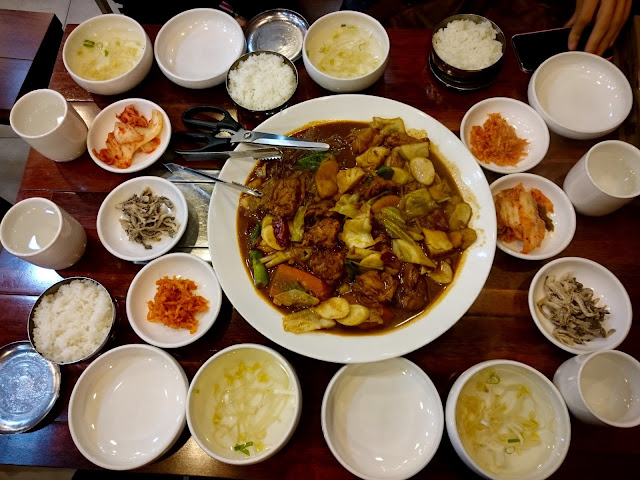 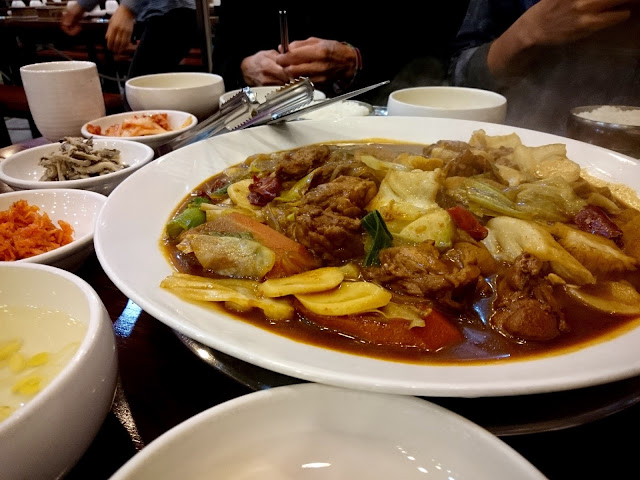 It was also hands down the spiciest dish we had in Korea.

We spent the day wandering around Korea, taking in the sights and eating loads of street food! Today was also the day we stopped by SulBing for some frozen treats. You can read about it in my post SulBing (설빙) - Patbingsoo Review. Rmb that my reviews aren't really reviews okay? ^^

I can't remember where we went to, but my brother brought us to some expensive-ish neighbourhood to buy some beauty products, then ran off in a hurry to meet his friends for a drink, leaving the rest of us in Korea with no data and no idea where we were at.

See? This station is on the red/dark green line, as indicated by the obnoxious red arrow below. :D 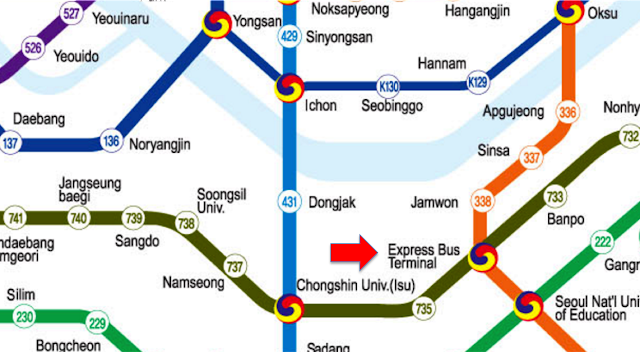 It must've been a shopping paradise for other people but my aunts and I weren't all too excited there. We did tabao some Gimbap (i.e. takeaway to bring it back to the hotel room) though. That was the most exciting part for me, because there were so many flavours of Gimbap to choose from!

We weren't fluent in Hangul (the Korean language), but I kinda knew how the words sounded like, so I would read out the menu. And since certain Hangul words sounded like Chinese words, my aunts would guess the meaning of the words based on my pronunciation. I'm pleased to say that our guesses were pretty accurate! Hehehe

Later that night, in addition to the Gimbap, we bought a bunch of food back to the hotel to chow down. This is a nightly routine for us. All that walking we do everyday really works up an appetite!

So what we do is lay some plastic bags on the bed and... eat. 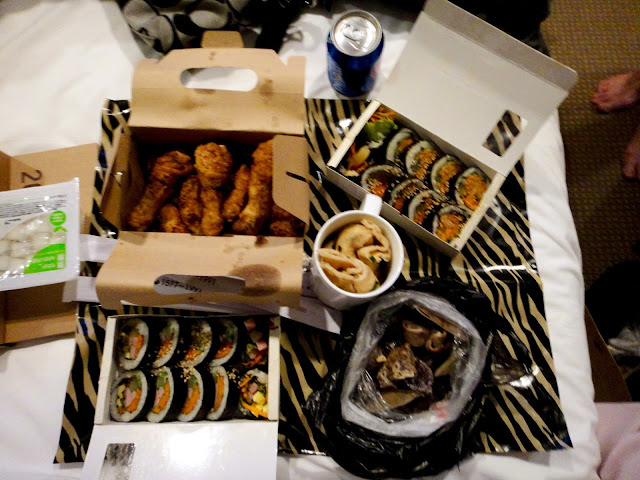 This was the night I tried blood sausages! #firsts I had a Korean friend recommend it, so I went for it! Can't say I'm a fan of it. In fact, I can say I hate it. The close up photo looked gross, so I'm not posting it. You can see it in all its blackened goodness in the photo above, in the lower right hand corner. 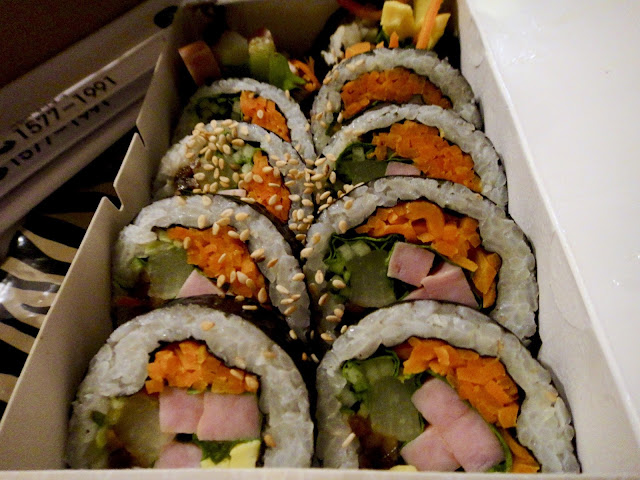 My aunts opted for a safe Gimbap flavour of carrots, ham, preserved radishes and egg. It wasn't the most delicious... kinda bland... but still, enjoyable!