"Hey, do you want to stay at a ranch tomorrow night?"
That was what OYH said to me. Obviously, I was a little taken aback. I mean, come on- what would you say to that?

Either way, I was up for a little bit of spontaneity, so we found ourselves checked in to one of the cute cowboy-style ranches at Punggol Ranch!

(Random side note, idk if this is part of the Punggol Settlement or if it's just nearby... but it's like 500m away from Coney Island!)

First thing we noticed was that the whole place was very wild west, with each stand-alone room made to look like those covered wagons or prairie schooners used in the old days to travel across America. Wagons such as the one in the picture below!

OYH's brother kindly offered to help me take a pic in front of our "wagon", and this was how it turned out... but at least he kindly obliged when I asked him to include the wheel! 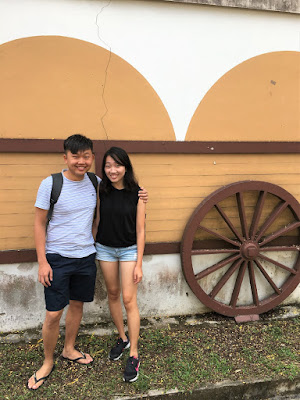 I've got a video coming up, which might include footage of what this place looks like... but idk. Long story short, I only have photos for now.

What I can say though, is to not expect too much from the room. It's themed, it's cute, it's clean (as much as it can be, before you track in sand and dirt from outside), but it's basic. 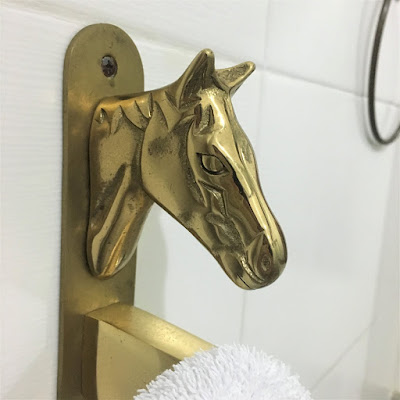 The best part was that there were a lot of hanging spaces for your towels and whatever else. In the photo below, the door alone had 6 hooks, the towel was hung on a cord that stretched from pretty much one end of the wall to the other end, and there was another shorter, metal rod below the cord for even more hanging space lol. 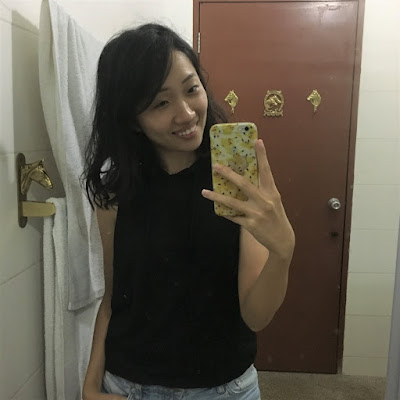 How basic? Well, there's no wifi, no games and let's just say that we could feel each and every spring on the mattress.

Honestly, I only called it basic because there's no wifi and the mattress was uncomfortable. The room actually does include a lot of things, such as:
Not bad, right?

Oh, and you can even use the barbecue grill if you topped up like, $50 for it. Don't quote me on that though, I didn't go for that option.

This stay was complementary (read: FREE), courtesy of OYH's brother, who won it at some company lucky draw.

Speaking of complimentary, each room came with vouchers that allowed the guests of the ranch access to onsite activities such as a pony or horse riding, feeding animals on the ranch and indoor playground (subject to availability of time slots).

Some activities not shown in the voucher above include: karaoke (minimum 6 persons, $30 for one hour), archery ($10 for 15 arrows) and a stable tour (also subject to availability of time slots). 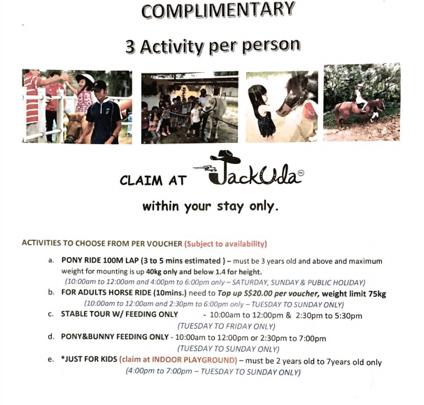 Food-wise... well we saw an eatery/restaurant place at the ranch area, but we decided to have dinner with OYH's brother and his wife, who were headed to a nearby mall, so we gave the onsite food a miss.

We walked around this small mall at Punggol Settlement opposite to the ranch and finally decided on Kampong Chai Chee Restaurant!

They have this seafood feast at $28/pax where they dump all the food on the table and you just dig into it with your hands. If that's not your thing, they also offer tze char and ala carte dishes.

I had the mui fan with milo dino, and it was pretty good imo!

It was pretty chill. The four of us just went back to the room to chill after stuffing our faces, where OYH and I just took stupid wefies on 2 single beds pushed together, and the newlyweds watched TV from the queen (or king?) sized bed. 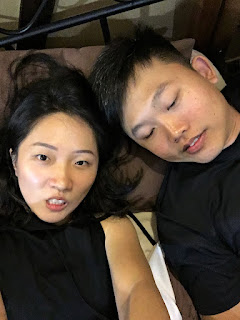 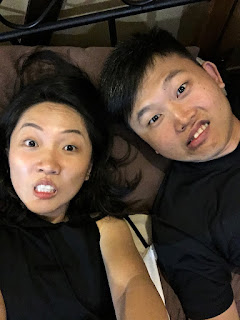