I prepared this blog post the day after Christmas, but I fell ill and sprained my neck, which meant I couldn't even get out of bed without help, so... I forgot all about this.

But better late than never! (Not really, it's really because I had already written everything and it would be a pity to delete this lol) Without further ado, let's get into it!

Once again, like every other year, Christmas has come and gone. I had so much fun during the festivities this last year! 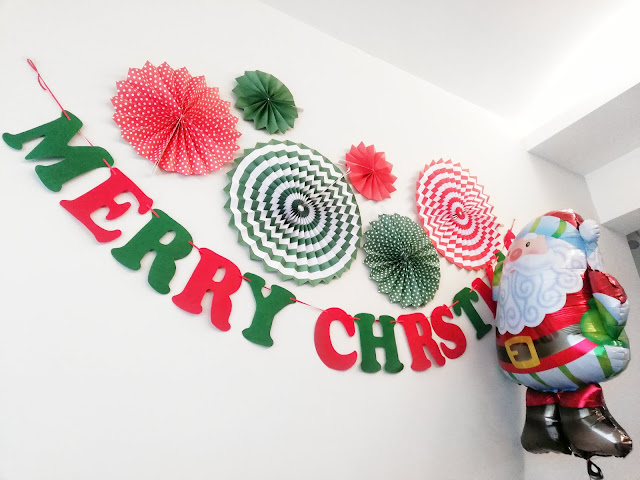 In the weeks leading up to Christmas, people share their excitement and their preparations for the festive season. It's during this time when someone would casually ask me something like, "Are you done with your Christmas shopping?" To which I'd reply, "I don't really have much to do. I don't celebrate Christmas!"

Every year, I noticed that there would always be quite a few people who express surprise (or shock? idk) at my reply. So I figured, why not share about it on my blog? 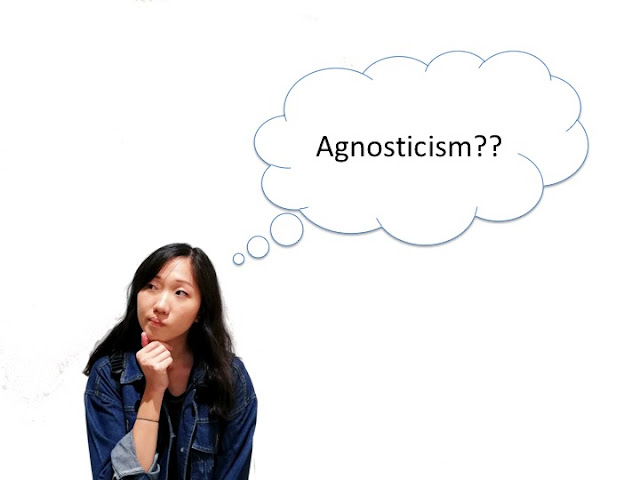 But wait! What does it mean to be agnostic?

Let me just knock this thought out of your head: it's NOT the same as atheism.

I see myself as an agnostic theist. This means that I am unsure about the existence of a higher being. I don't outright debunk it, nor do I believe it wholeheartedly. I just think that there's a 50/50 chance that there's a deity or some "power".

Now that we've got that out of the way, let's move on to the fun part! 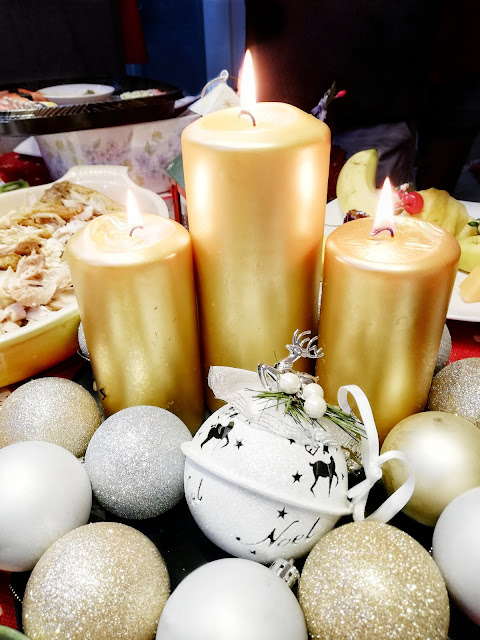 So I DO join in on the fun stuff during Christmas, but I don't celebrate it in a religious way. It's just a day of laughter and appreciation for the people around me. Sometimes I get invited to Christmas parties, and that's when Christmas is an eventful day for me.

Otherwise, Christmas can just pass by without me realizing it!

This year, I attended two parties- one with colleagues and the other with my bf's family.

Below are the presents I received at the "office" party. It's not often that I get presents, since I don't celebrate birthdays as well, so it was a treat this year! I forgot how fun it was to open presents hahaha 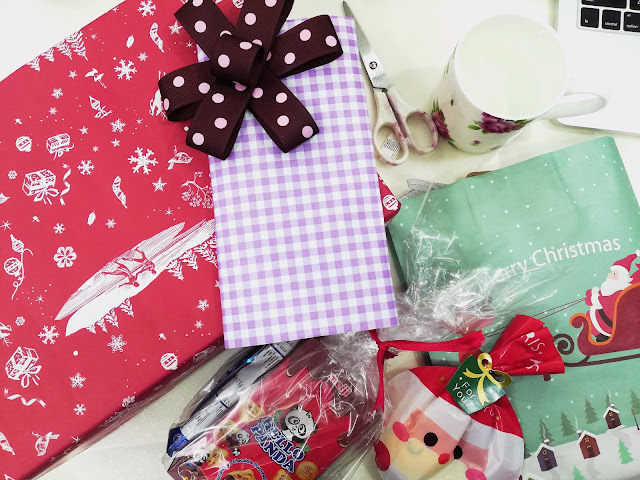 Note to self: Gift these people next year! >.<

And at my bf's house, I helped to set up the table for the feast! I was surprised at how much effort they put into making the dining area look insta-worthy! Just look at the pictures below- they honestly don't do the actual food justice, but use your imagination lol 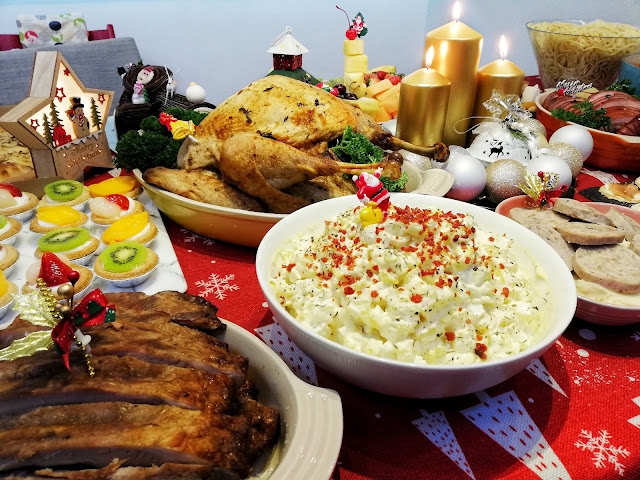 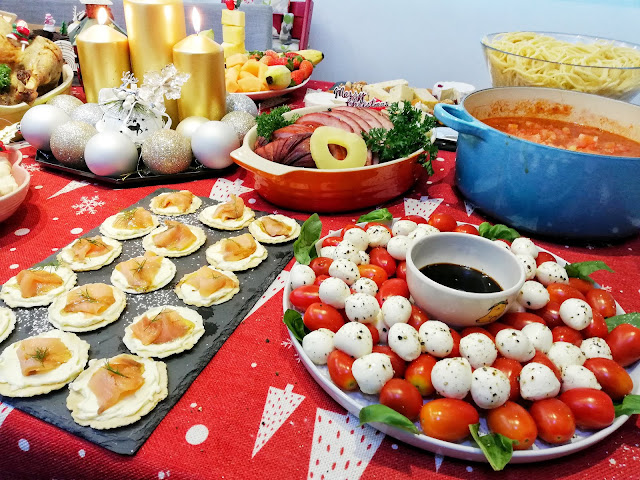 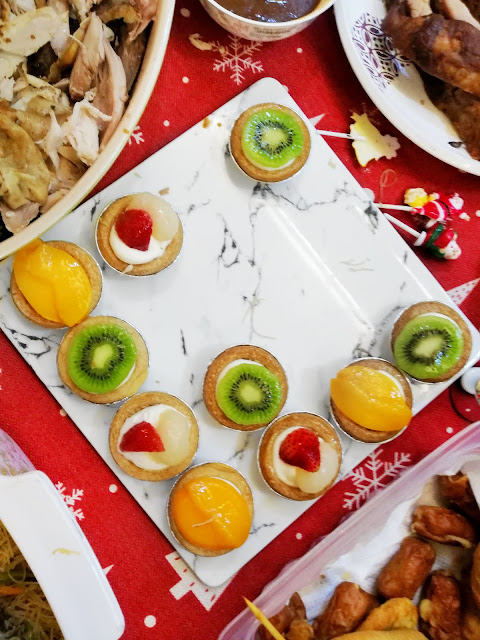 And this is too cute not to share! I also shared this on my Instagram (@love.life.love.unicorn). Look at that little girl trying to sneak some cake when she isn't supposed to! 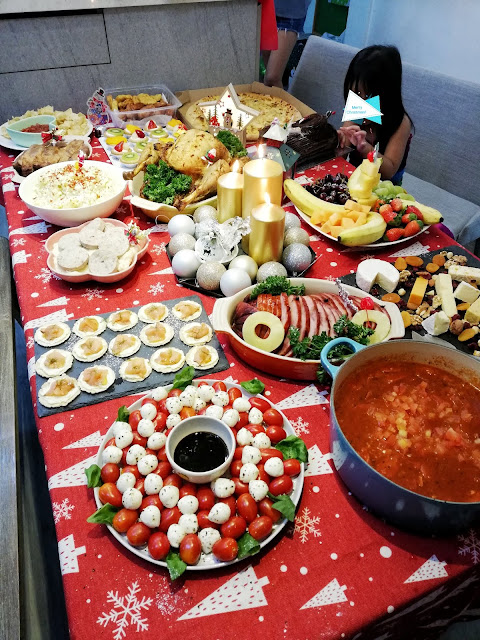 It was way too much food, but that's why we all keep tupperware containers in our homes, right? Hahaha

The kids played typical kiddie games like musical chairs and whatnot, while the majority of adults sank into a deep food coma. But of course, at every party, there's always someone who livens things up! So the grown-ups gathered around to play Taboo, Charades, etc.

Omg it escalated quickly! Everyone was yelling over each other to be heard. Halfway through, I wondered if the neighbours would complain.

Also, Taboo is a lot more difficult than I'd expected it to be! That bloody hourglass really put us all on edge, and I guess most of us there weren't that great that thinking under pressure. The word that was heard the most during Taboo was "Pass!", peppered with someone screaming, "YOU SAID THE TABOO WORD!"

I also received several gifts at this party, which I am so grateful for! <3

I wonder what Christmas will be like for me in 2019. But first, Chinese New Year!

Who else celebrates Chinese New Year? What's your favourite holiday?